21 FOODS YOU ABSOLUTELY MUST NOT MISS WHEN IN JAPAN 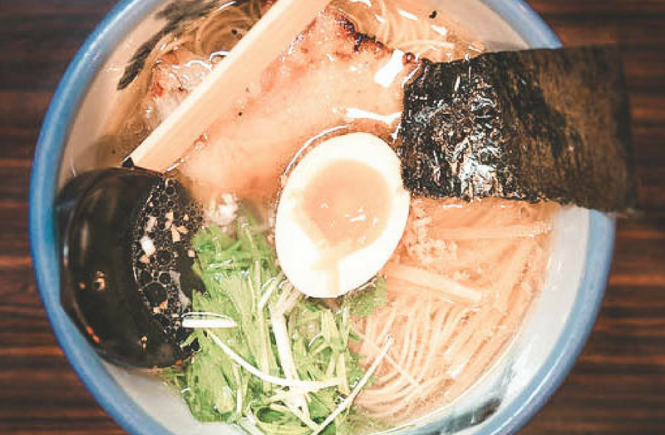 Ramen is a noodle soup dish that was originally imported from China and has become one of the most popular dishes in Japan in recent decades. Ramen is super cheap and everywhere, which makes it ideal for those in a budget. You’ll find ramen restaurants (ramen-ya) in virtually every corner of the country and they offer countless regional variations of this noodle dish. In ramen-ya’s you typically order and pay from a vending machine. The most popular types are: 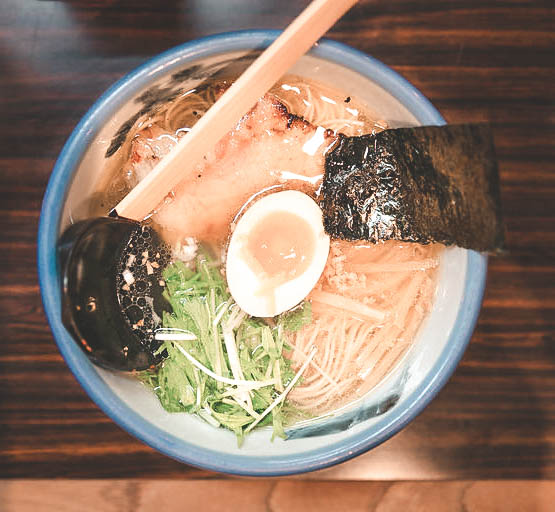 We all know sushi, which is typically some kind of seafood with rice. Sashimi is raw meat or fish thinly sliced. Contrary to at least what I thought, sashimi is not a type of sushi.

Sushi in Japan is different from how it is in the western world. For starters, although salmon is available, it’s not that common. Tuna (Maguro) however takes the spotlight. And it’s important that you know in advance that there are different cuts of it. Akami is the less fatty part of the fish and what you would be served by default when asking for maguro. Now, Toro is the term for the more fatty part of the tuna, within the Toro there are typically two cuts: Chutoro (fatty) & Otoro (super fatty). The fattier, the more expensive. And yes, it can be ridiculously expensive.

As to where to eat sushi, the top place would be Jiro (the restaurant from the documentary Jiro Dreams of Sushi) but you need to be willing to pay 300 USD per person. The second best and more reasonably priced although not super cheap, is any restaurant around Tsukiji Fish Market, a must-see attraction in Tokyo. After that follows the conveyor belt sushi restaurants and last, supermarket sushi. Supermarket sushi is actually really good and great if you are on the go or in a budget.

Tempura are deep fried battered pieces of seafood and vegetables. You can eat tempura by itself, as a side dish or in a Tendon, which is a rice bowl with tempura on top.

The okonomiyaki is kind of an omelet/pancake made of a mixture of ingredients. Actually, okonomi means ‘what you like’ and yaki in the grill. It typically has flour, egg, green onion, cabbage and some or various kind of meat. You get to choose which one you’d like. It’s super yummy and a great hangover food.

Gyoza are pan fried dumplings typically filled with pork served with soy sauce, rice vinegar and chili oil. They are normally sold as a side dish in Ramen restaurants. They are one of my favorite Japanese dishes.

Shabu shabu is a hotpot of vegetables and thinly sliced meats. These are meant to be boiled in hot water by you on the dinner table and is served with dipping sauces that add flavor. Hotpot is pretty common in Asia, but not in the western world and although I’m not a huge fan of the food itself the experience is worth it!

Yakitori is chicken grilled in a skewer, normally covered in tare sauce (teriyaki) or salt. It’s a popular street food which you’ll find across Japan. Memory Alley (Omoide Yokocho) in Tokyo is a good place to eat it.

Onigiris are rice balls usually shaped in a triangle and wrapped in nori. They are filled with different things, like salted salmon, other types of fish, pickled ume, etc. Honestly, they were one of the top memories of my Japan trip. You can find them in all Japanese convenience stores (7 Eleven, Family Mart, Lawson) so it’s a handy, healthy snack if you are in a hurry or can’t seat down and eat.

Udon are white really thick noodles made of wheat flour. They can be eaten hot or cold, with dipping sauces or soup, and can be found also all across Japan in udon-ya or in casual restaurants. They are chewy, yummy, and super satisfying. 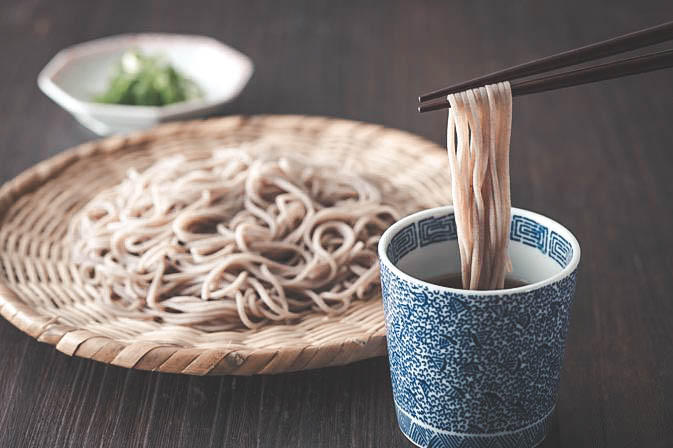 Soba are also noodles, but this time made from buckwheat. They are as thick as spaghetti and like Udon, can be eaten hot or cold. The most typical way of eating them is cold with a dipping sauce. So many noodles to try!

Matcha = green tea. The Japanese are obsessed with it, specially when it comes to desserts. Matcha in chocolate, macarrons, cake, cheesecake, tiramisu and my favorite: ice cream. You’ll have no issues at all with finding your matcha fix! Tip: when in Japan swap coffee for matcha latte!

Mochi is a jelly-like paste made of a short-grain glutinous rice used in sweets. Daifuku is the most popular form of it which you’ll see everywhere. Mochi is shaped into balls and has a sweet filling which could be red bean paste, matcha, peanut, sesame and even ice cream. It’s a great souvenir for friends. I personally love taking mochi home and ask friends to bring me some when they visit Japan.

Miso is a soy bean paste and it’s used as the base to make miso soup. It’s pretty popular everywhere in the world nowadays. Solid ingredients are then added to the base, often tofu, scallion and wakame seaweed.  Interesting stat: 75% of all Japanese consume miso soup at least once a day. I absolutely love miso soup although I eat it more at home that I did in Japan!

Takoyaki is a popular Japanese street food. A piece of octopus is fried inside a wheat flour batter. It results in a waffle ball which is then topped with bonito flakes, seaweed, mayonnaise, and tare sauce. It looks super pretty!

An irresistible and super popular dish in Japan which consists in a pork cutlet breaded with panko breadcrumbs and then deep fried. It can be served with cabbage, rice or even eaten in a sandwich! Everyone loves it.

Curry was introduced in Japan during the Meiji Era by the British. As a result, kare raisu, curry with rice, was born. You’ll find this dish also kind of everywhere, like in casual Japanese restaurants where you’ll also find ramen or other type of noodles. It always has vegetables and often some kind of meat like beef, port or chicken. It’s nothing like real Indian curry in terms of spiciness and depth of taste but it’s quite OK for a quick meal. I enjoyed it!

Tamagoyaki is an egg omelet where the egg is spread to a very thin layer and then rolled into a cylinder. It’s used for breakfast, alone or in sushi and can also be sweet and savory. A great veggie option!

Kobe is the beef from the Tajima strain of Japanese black cattle. It’s famous for it’s flavor, tenderness and for its unmistakable fatty marbled appearance. Even if it’s from Japan is not cheap! Meat lovers must try it, I skipped it as I didn’t eat beef when I visited Japan.

Taiyaki is a cute looking fish-shaped cake make of pancake batter. So, this one will be easy to spot, just look for the fishies! It’s typically filled with red bean paste, but can also be found filled of chocolate, custard, sweet potato or even cheese.

Whoa, Kit Kats? For some unknown reason (at least unknown to me) Kit Kat is a thing in Japan, and that translates itself into the number of flavors available. Green Tea, Cheesecake, Raspberry, Melon, Apple, Japanese strawberry, Wasabi, and the list goes on. Yummy to eat while in Japan but actually perfect as a souvenir.

Kaiseki is not a food on itself but instead a multi-course meal. It is the food you would typically get in ryokans, somtimes served in a tray in many different dishes and bowls. It balances taste, texture, appearance and colors of food, and looks very pretty. The ones I tried consisted in bowls with different vegetables, rice, grilled fish, sashimi and a hot pot which was heated by a small candle. It’s definitely worth trying because of the experience rather than the food itself. The food quality will more or less depend on the quality of the ryokan you choose.

Have you tried any of these? If you visited Japan, which one was your favorite? Join the discussion! 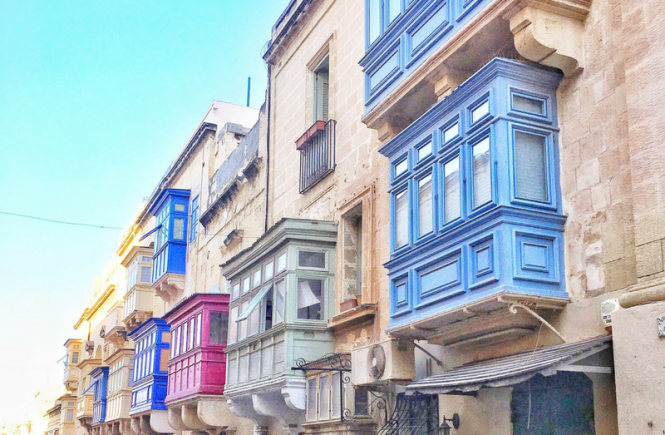 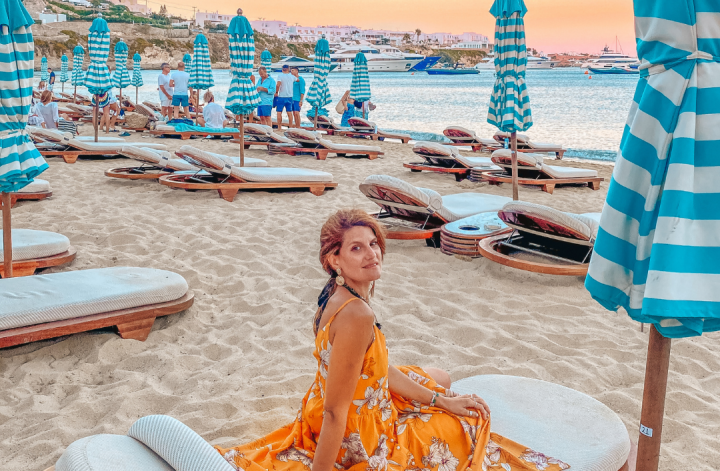